Hola! I’m Luis Hermosilla and I have a passion for designing things that are useful, currently leading design at Florence and based in London.

I’m a passionate problem-solver with hands on experience in the design and development of websites, mobile application, tools and brand identities, with special interest in  UX design, design systems and leadership. With a background in industrial design, I’ve helped hundreds of companies launching their products and producing various design artworks.

Let me
introduce
myself

Born in Barcelona and moved to London after finishing university, I've always been passionate about art and design, and it wasn't until my early days in college when I started exploring with design and slowly I became a self-taught designer while studying as an industrial design engineer at uni. After a couple of years, I managed to help small and medium size companies, startups, entrepreneurs, music bands, record labels and festivals to build their digital user experiences. I have hands-on experience on the design and development of responsive websites, mobile applications and digital tools, as well as some experience in the prototyping and developing of physical products. I graduated as an industrial design engineer in 2015, and while studying I became a self-taught multidisciplinary designer with focus on UX/UI design and brand identity development, and at the same time learnt the basics of front-end development that allowed me to build the whole cycle on some of the projects I took part of. I'm also a writer for UX Collective and Prototypr and my articles have been featured by InVision, The Startup, Marvel or Typeform.

I have been crafting websites, brand identities, user interfaces, and artwork designs for more than nine years now. I love building things from scratch, from the initial research to the final delivery. I learned both design and programming to be able to create digital products all by myself. And still today I can’t stop learning new languages and software in order to improve my skills.

When I’m not in front of a computer designing or learning about how to improve my skills in any front, you can find me traveling the world or exploring my passion for photography. I’m based in London but for the past two years I've been living a semi digital nomad live where I've been travelling to different parts of the world in order to understand how other people live and how our products and in particular the ones I've been working on can influence and improve their lives. I wrote about that and more on one of my blog posts that you can read by tapping here.

Over the years I've had the pleasure of collaborating in the design and development of multiple websites, apps and brand identities, all this while working as a member of design studios, startups, small companies and as the lead designer in charge of diverse freelance projects for bands, record labels and entrepreneurs from all over the world.

Thanks to my over nine of experience, I'm grateful to have had the opportunity of helping small startups to big corporations launch their products and brands to the next level, below are some of those clients I’ve worked with. 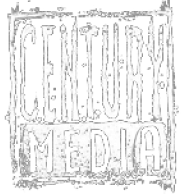 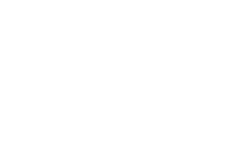 Although every project is different, I like to set the bases of each product to help everyone involved in the execution get a better understanding, and through my experience, help in every step of the project to ensure everyone is involved in the success of the solution.

Plan the approach
and set the bases

When joining a project I like to sit down with the product owners, main stakeholders and project managers in order to plan the way the project will be approached and all the initial requirements that need to be fulfilled from the business perspective, although they might vary through the process.

Understand the problem and the user

After the first idea has settled and before jumping into initial assumptions, I like to investigate the problem this solution is trying to solve and also the users it will be helping, getting a closer look at their needs and how we plan to help them fulfil them, sometimes affecting the main aim of the project.

When the analysis has finished and we have all the data collected and prioritised, I like to start coming up with mockups, sketches, storyboards and wireframes of ways the problem could be solved, and share thoughts and compare in order to find out the best solution.

Once the brainstorming and initial iteration with mockups has been finished and contrasted with users, I start building up a more in-depth prototype that can be tested with users so they get a real feel of how would be to use the final product and get their insight.

After we have been made the requirements amendments to the product and it’s ready to be shipped, I tend to keep a close relationship with developers helping them with the hand-off of the designs and assisting in the development of the product.

While the developers deliver the final product to the general public, either through a soft-launch with a beta or a full release, the product is never static and the process of analysing user data, behaviour and feedback will help to go back to the drawing board to improve it.

When I’m not designing, I like to contribute to the community by sharing my thoughts, knowledge and experience in blogs and publications online to help other fellow designers and creatives understand how the industry works, you can check some of my publications below:

Bringing the Avant-garde to digital experiences

If you want to keep up to date with my posts, don’t forget to check out my blog.

If you want to reach me, email is the best way and you can do it at luis@luigiht.com.
I’m always happy to chat on any of my social networks, which you can find below.